“Seeds or no seeds?”

The train from Cologne, Germany is just perfect; it is sleek and ready to speed us to Amsterdam, Holland. We’re early enough to box out the other Europeans which is essential since luggage space is a premium especially on a Class 2 car like we’re riding today. We’ve looked at the “train coach schematic” so we know exactly where coach #22 will be situated on the long thin concrete 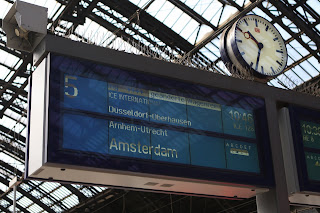 platform. This is our 50th train for team Glavin so we’ve got this down to a science. Eamon, Seamus and guest Josh will attack from the North side of the platform paying particular attention to the grey hairs that think 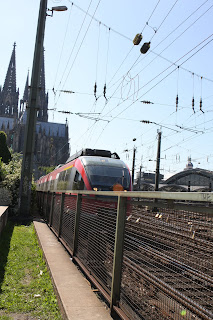 lines are for amateurs while Ann, Pearse and Dad with the “big ass” orange duffel will flank everyone from the south. It is a well rehearsed battle plan that has produced many victories in Vienna, Rome, Warsaw, Zurich, Balzano and countless other destinations along the rails of Europe during this 1 year adventure. In fact, our platform confidence is such that seasoned train travelers, even the Germans, seem to find us when they have a question. 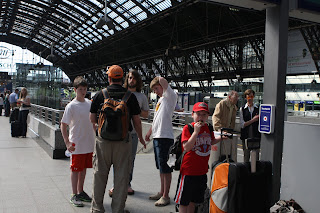 The train slides into the rail yard and we watch as rail car #16-17-18 go by us. There’s a lot of platform and “crap” is all I can say as coach #22 slides by us and is still moving and halts 75 meters from our position and now the scramble is on with 6 people and 6 bags plus a food bag (gotta have peanut butter and jelly ready at all times). As the saying goes “The best laid plans” and as we rush up the platform, sweat now pouring off dad, we have to do some “field” adjustments. Pearse knows his role as he jitterbugs in and out with Seamus, butting in line like the seasoned pros they are. I see the looks and body language from a few adults that say “Who owns these kids?” I see Seamus’ trademark orange shorts as he hoists Pearse and the bags up the stairs ahead of us. Eamon and Josh add to the luggage rack that Seamus is guarding like a supply depot army Sargent and Dad places the orange taco-like duffel bag between car #21 and #22. As the Cologne Cathedral spires jut into the sky to our right I will always remember its sheer size and beauty and the fact that it is right next to the Cologne train station. All aboard and the doors close on yet another European city for Team Glavin. 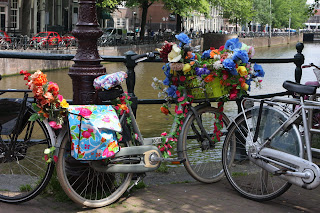 The ride to Holland is uneventful and we relax and prepare ourselves as the train makes the short 2 hr journey to the central station Amsterdam. It is the city of many reputations and as expected that changes by the hour and the street. I know I am in for a special 5 days when Pearse asks “Dad why does the city flag have XXX on it in red and black? We are far enough in front for me to say “I don’t know ask your mother!” We walk by and over canal after canal as boats with chairs and couches float by us making the 700 level of the old VET seem like a pajama party. Amsterdam is the land of “anything goes” and I wonder how long it will take “Frick and Frack” aka Eamon and Seamus to notice the 3 things that keep any kid rocketing through puberty interested and focused “scantily clad girls in windows with red lights”, Coffee shops that aren’t “coffee shops” and chocolate treats made into shapes that would make Michelangelo’s David blush.

It doesn’t take long for the innuendo to fly. The souvenirs shops are a combination of “get your 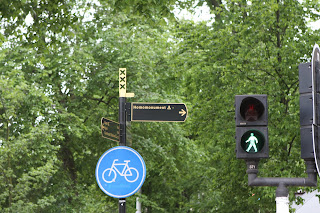 orange colored Holland "clog-like" slippers next to stuff that used to be sold with a brown bag around it when I was a kid. A walk down any aisle yields chuckles from front to back and the boys clearly planned a divide and conquer strategy as Seamus is yelling from one side “Hey check out the girl’s boobs that change color pending the temp of the liquid” no sooner do we get over to end that diatribe when Pearse yells out “What’s a latex nurses costume?” to the roars of teenage boys all over the store. Ann is looking for Christmas ornaments bringing new meaning to “ho ho ho” and I am thinking why bother it’s Christmas in June for Eamon and Seamus. Straws shaped like anatomy and t-shirts that have sayings that congress legislates against but …. well let’s just say that falls into the category “Do as they say not as they do” on that one. The 1st amendment is alive and well in Amsterdam. 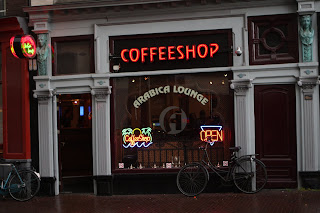 outnumbered. Sometimes the situation just calls for letting the fire burn itself out. Just when the embers seem cold we happen past a string of “coffee shops.” Pearse looks up, smile on his face and says “They have brownies” as he makes his finger tips meet like a science teacher announcing a surprise quiz. He looks at the outside menu like he’s been taught and is happy the menu is in English too. Hey mom “Do we want those brownies ‘with’ or ‘without’ seeds?” He looks up, eyebrows furrowed; a look of confusion creases his small freckled face. Ann looks at him, smiles and says “I don’t know ask your dad?”
Posted by M Glavin at 3:59 PM No comments: